The announcement relating to the proposal to merge Sime Darby, Guhtrie and Golden Hope raises corporate governance issues Mergers and takeovers are part and parcel of the capital market; the focus should be on increasing efficiency. At the same time, the rights of minority shareholders must be taken into consideration and they should be given a chance to make choices.

While the final documents have not been provided to shareholders, various statements by CIMB, government leaders and the substantial shareholders regarding the proposal by a special purpose vehicle – Synergy Drive Sdn Bhd – to take over and merge Sime Darby Bhd, Kumpulan Guthrie Bhd and Golden Hope Plantations Bhd are cause for concern.

First, the proposal was initiated not by one of the three companies or its substantial shareholder, Permodalan Nasional Berhad (PNB), but by an investment bank. PNB’s statement indicating it has no idea about the proposal and will have to study it first is very frightening. PNB is the major shareholder in two of the companies and has a substantial holding in the other. This calls into question PNB’s ability to manage and control its assets. Surely the statement came as a shock to the more than 8 million investors in various PNB trust funds.

It does not make sense that PNB did not know of the proposal beforehand for they not only have board representation in all three companies, but the chairman of PNB is also chairman of two of the companies involved.

Second, in order to undertake the studies needed to come up with this proposal, Synergy Drive must have needed information from the companies involved. If the information used was not restricted to public documents, than the issue of insider trading comes to the fore.

The Board of Directors of all the three companies involved should make a public announcement that this matter was never discussed at Board meetings and that the management has assured the Board that no information was passed to outside parties.

To evaluate the proposal on its needs and benefits, clearly the possibility of increased efficiency in the plantation sector is very minimal. The synergy for a common research centre and information management is not there.

In fact, if research facilities are developed separately by the three companies, it would allow competitiveness and thus wouldl bring about more benefit to the country.

It is now time to gather all interested shareholders for a town hall meeting to understand the intricacies of the proposal and put forward new ideas and make informed decisions.

Tan Sri Abdul Khalid Ibrahim, the Treasurer of the People’s Justice Party, is a former CEO of PNB and of Kumpulan Guthrie 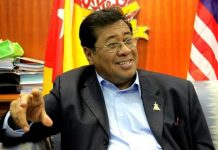 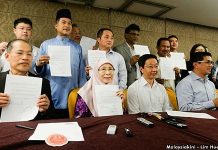 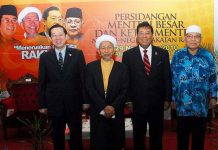