The most indisputable fact is that we were once at par with Singapore, Hong Kong, Taiwan and South Korea in 1970 when the NEP was first introduced, writes Koon Yew Yin.

When the NEP was first introduced in 1970, soon after the infamous racial riots, the bumiputeras had only 2.4 per cent equity ownership in Malaysian companies. After 20 years, in 1990, it was acknowledged that the bumiputras had 19.4 per cent equity and they needed the continuance of the NEP.

In 2005, at the 56th UMNO general assembly, its youth leader, Hishamuddin Hussein, raised his keris to demand their bumiputera rights of the NEP because they have only 18.9 per cent equity.

Why would they have less than what they had 15 years ago when the Government has not stopped handing out goodies to the bumiputeras all along? How can this be possible?

Ever since the publication of the finding of the Asian Strategy and Leadership Institute (Asli) that the bumiputeras already own 45 per cent equity, many bumiputera leaders, including Prime Minister Abdullah Badawi, openly disputed the study’s accuracy. UMNO vice president, Muhyiddin, said that the finding was rubbish and demanded that Asli retract it before it upsets the racial harmony. He must bear in mind that the continuance of the NEP (Never Ending Policy) also upsets the non-bumiputeras.

Emotions over the NEP have overcome our reasoning; and many people are shocked to read that Asli had withdrawn its contentious report under political pressure. Nevertheless, many still believe Asli’s findings and the learned people, who are behind Asli, are prepared to stand by their report. In fact, Asli has been closely watching the NEP issue for many years and their intention is honourable.

Asli is not against the government; it merely wants to ensure Malaysia progresses in the right direction and UMNO leaders should take advantage of their findings.

In fact, we must admire Dr. Lim Teck Ghee, the director of Asli’s Centre for Public Policy Studies for his integrity in standing by his report and defending his findings with his resignation. He told the media, ‘It is the fundamental right of the Malaysian public to question all government statistics and policies, more so when these are not transparent or defensible.’ He also stressed that no other country in the world has seen a marginalised community, such as the Malays, come up so quickly and attain this position of economic, social and political dominance or success.

Regardless of what Dr. Lim, Lee Kuan Yew, and all the UMNO leaders might have to say, the rating agencies in the United Nations, the World Bank and all fair-minded Malaysians have their own opinion. The fact is, the bad publicity created by this controversy is driving foreign investors away as shown by our current slow-paced stock market index while most of the leading indices around the world, including the DOW, are striking an all time high.  Our political leaders must realise the adverse effect this has on our economy and formulate a better policy for the good of all Malaysians.

It is time this NEP issue is discussed openly and a better solution found for the benefit of all Malaysians. One of the major points of dispute is the inclusion of all the shares held by the government in all government-linked companies. Who are the ultimate owners of these shares? Does that really matter? The more important question is, who are controlling these companies and how are they helping the Malays in terms of employment, contract work and other business spin offs?

NEP after 36 years of implementation

My purpose of writing this article is not to expound a new method of measuring the percentage of bumiputera equity ownership that will be acceptable to all the parties concerned, but to explore a better solution to resolve this contentious issue. What is wrong with the NEP and why does it not produce the benefit as originally planned after 36 years of implementation?

The bumiputera leaders in control of the government cannot be blamed for not implementing the NEP seriously and vigorously. After all, the bumiputeras have all of the APs, the big concessions, contracts without competitive open tenders, most of the university places, full control of the GLCs, and almost all the jobs in the civil service.

Under the NEP, the government can openly offer incentives to bumiputeras and no one can question its intention. No one is even allowed to discuss this sensitive issue in Parliament as if all the politicians representing the minority groups have lost their tongues.

And yet, the bumiputeras are not at all satisfied with what they have already achieved.

If the NEP does not work after 36 years, we must not be afraid to talk about it openly. Perhaps the NEP may be the cause of the undoing of the Malays. In fact, the NEP had actually reduced the Malay’s self-confidence. Under the NEP, no Malay could ever be sure that the “victories” that came his way were fully deserved.

They have been over-pampered with all the goodies over the years that they have not learned how to walk without the crutches any more. They have become less efficient and not competitive in the real world. This is becoming so obvious that it will not do the Malays any good if they continue to be pampered this way.

READ MORE:  50 years of NEP: The good, the bad and the future

They have to face the reality around them; especially in the globalised world of open competition where there is no NEP offered to anyone.

For a start, the bumiputeras have to change their mindset and their attitude and exert more determination to succeed.  They need to realise that they do not need crutches to get through life, but, together with other Malaysians of all races, they need to work towards a clear and sensible policy direction that will, at least, enable them to make a real contribution to national development. They must accept open discussion and criticism of the NEP. They cannot just hope to get some APs, contracts or other handouts and not be willing to struggle like the non-bumiputera mere mortals.

The non-bumiputeras must also accept the needs of the bumiputras and learn how to survive with this handicap, especially with regard to entrance to universities. If we look around, we will see many people who managed to succeed without a tertiary education. Everyone must learn from the shortcomings of the present system and move forward. We must bear in mind that if the bumiputeras fail, Malaysia will fail and we will all suffer.

We must realise that all the vital statistics – GDP/capita, corruption index, competitive index and Government efficiency index – show that Malaysia is performing very poorly. The most indisputable fact is our GDP/capita was about the same as Singapore, Hong Kong, Taiwan and South Korea in 1970 when the NEP was first introduced. After 36 years, the GDP/capita for Singapore, Hong Kong, Taiwan and South Korea are 3, 3.2, 2.5 and 2 times respectively that of ours. This clearly shows that our present system of government is not efficient and the NEP is retarding our growth.

At the rate we are progressing, the differential gaps in comparison with our neighbours will be widened even more. If we do not stop the slide, we will soon be a Third World country instead of realising our aspiration of becoming a developed nation by 2020.

The four neighbouring countries mentioned above are all classified as developed nations. But they were classified as developing nations like Malaysia 36 years ago with almost the same GDP/capita. Instead of disputing Asli’s figures and tussling and scrambling among ourselves, UMNO leaders should focus on how all Malaysians can achieve more to match our neighbours. They must find out why Malaysia is progressing slower than our neighbours in spite of the fact that we have fossil fuels, palm oil and other natural resources which they do not have.

But then, our neighbours also do not have the NEP, which is obviously the stumbling block. Without the need to marginalise anyone, they can freely practice meritocracy to improve competitiveness and efficiency. University places are offered to students with the best academic results.

Our neighbours realise that education forms the foundation upon which the development of an economy rests.  Even economies with few natural resources can overcome this handicap and flourish based entirely on their stock of human capital, created by offering university places to students with the best academic results.

They promote the most deserving people in all work places and award contracts to the most efficient contractors who can offer the best prices. All contracts are open to competitive tenders and all awards are transparent and open to public scrutiny.

Under this system, every citizen will be happily trying their best to work diligently. Their nation’s wealth is being managed efficiently and they, therefore, expand faster than Malaysia. Our leaders should look to these neighbouring countries and use them as benchmarks in identifying our country’s weaknesses, strengths and opportunities and identify where they may need to focus policy attention and future investments.

I was not surprised to hear Keadilan treasurer Khalid Ibrahim openly saying at a recent forum in Ipoh that Malaysia will not be a developed nation by 2020. It looks like we have lost our way to Vision 2020. All the declarations made by our Prime Minister – that he will fight corruption as long as he lives and Vision 2020 is his most important mission – are actually mere political rhetoric.

Whatever it is, he cannot find enough of APs and other goodies to satisfy all Malays. And although there should be equality of opportunity among Malays, it is not always applied objectively.

The gap between the rich and poor Malays is getting wider and the number of non-Malays who are marginalised is also growing. All these people who are disillusioned and dissatisfied will have to think long and hard before the next general election.

Koon Yew Yin, a chartered civil engineer, is a founder director of a listed company. 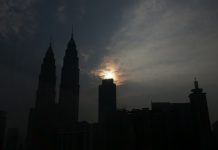 50 years of NEP: The good, the bad and the future