The shouts of joy that greeted the election of Abdullah Badawi as prime minister have now turned into whispers of apprehension, notes Angeline Loh, even as the media abdicate their responsibility.

Remember the euphoria of March 2004? A new day dawned, Malaysian hopes were high. We had a new Prime Minister, Abdullah Ahmad Badawi, swept in on the tide of a craving for change amongst Malaysians tired of the corruption and heavy-handedness of the Mahathir administration. Our journey since then has reached midway with Abdullah at the helm, but now our shouts of hope and joy are fast becoming whispers of apprehension.

‘Pak Lah’, as we fondly nicknamed our PM, in the headiness of election triumph, promised to deliver Malaysia into an era of good governance through the espousal of democratic values (including transparency) to route out the corruption epidemic, which has plagued our society for decades.

He started off on the right foot, giving the opposition a voice, albeit a minority voice, and going out to reassure non-Muslims of their religious freedom and the goodwill of Muslims. He showed himself a fair person who held no grudges against political opponents by facilitating the release of Anwar Ibrahim. What happened to the dream? What happened to the aspirations of the people?

With the slow pace of change, if any, our high hopes seem to have come down like a balloon, gradually losing enthusiasm and altitude. Midway through the Abdullah era, Malaysia is undergoing a conflict. It is a visible and yet invisible one. We have apparently experienced freedom of speech, on the one hand; yet, on the other, that freedom is withdrawn, making us realise that the gift of this right certainly has its limits within the Malaysian context.

This right is undermined by the continuance of media censorship and suppression of information by the government and the mainstream media themselves. We were promised good governance and eagerly looked forward to finally shaping the present and the future of this nation as a united people believing in ‘Malaysia Boleh!’

Despite the setting up of commission after commission to investigate the problems of criminal law and its enforcement, and Parliamentary Select Committee road-shows, in lieu of drafting White Papers for this or that, has anything changed? No.

The bemused public who entrusted this administration with their lives and their aspirations now feel ‘jilted’ by a government that turns a deaf ear and a blind eye to a large portion of the citizenry. Instead, it panders to the interests of the elite and the upper-middle classes, its cronies in power and wealth.

Corruption has become so natural to the Malaysian way of life that the difference between right and wrong has been blurred. We have lost most of our sense of justice, decency and civic-mindedness that we may have had before. We have become immune to embarrassment or shame and are increasingly losing our sense of compassion for the marginalised amongst us.

Every single day, the mainstream media barrage us with international corporate values that prioritise the accumulation of profit and power, social and economic status, and protection of image. Our nation’s government has been convinced that this is the path to developed nationhood and has decided to set aside democratic values and social responsibility, which are essential to countering the negative effects of unbridled capitalism. It has chosen to adopt some of the worst values of developed capitalist countries such as the United States.

Stifled cries of the marginalised

Still, in fairness to Pak Lah, the responsibility for the present state of the nation cannot be wholly lumped on him. He appears to be the guardian of chaos and rising autocracy in a system used and abused to satisfy the ambitions of a group of ruling party elite who continue to live off the fat of the land.

When the honeymoon was effectively over by the end of 2004 and citizens began to chaff at the sluggish pace of the expected change that was promised, we found to our disillusionment that the government had big plans to plunge us headlong into a frenzy of privatization.

This meant an increase in living costs, which would create a larger low-income population as the lower-middle, non-professional strata whose income cannot not keep pace with rising living costs become absorbed into the low-income strata.

In turn, the number of hardcore poor could also swell as the struggle to survive grows harder for those already in the low-income strata, pushing them into destitution and thus widening the rich–poor divide.

In the hope of making the government rethink these potentially politically dangerous strategies, concerned civil societies and NGOs formed coalitions. These coalitions were meant to open discussions, to make the government aware of the negative effects of these profit-oriented strategies, which serve only a minority and marginalise more of the populace.

The coalitions took a stand against water privatization and health care privatization. They also criticized the ‘privatization’ and re-organisation of the public transport system, diseased with corruption and in a shambles without proper long-term planning, particularly in Penang. Civil society tries to speak out for the marginalised whose human rights and fundamental means of survival is lowest on the establishment’s priority list. To do this, civil society is dependent on the media, more so on the alternative media, as the mainstream media minimise and marginalise alternative or dissenting views.

Media’s lips sealed with the law

When Pak Lah was the ‘caretaker’ premier after Mahathir stepped down with a show of tearful regret, it was no surprise that there was no obvious break from the mindset of that former regime.

Under this mindset, Malaysiakini, an alternative news website that provided a number of Malaysians a platform to ‘voice’ their opinions in cyberspace, was raided and their equipment confiscated. We witnessed the harassment of bloggers/webmasters such as Jeff Ooi of the ‘Screenshots’ blog and Raja Petra of the Malaysia Today website.

More recently, we witnessed the indefinite suspension of the Sarawak Tribune over the reproduction of the controversial Danish cartoons – despite an apology from the paper and the resignation of an editor alleged to be directly connected with the publication of the offending pieces – under the Printing Presses and Publications Act.

The Official Secrets Act was even used to suppress the seriousness of the haze, which widely affected the health of vulnerable citizens especially children and the elderly, but its utility seems surpassed by the Printing Presses and Publications Act. Perhaps this is due to the government’s ‘promise’ of ‘transparency and good governance’ or the fact that the use of the Printing Presses and Publications Act is an easier, more user-friendly catch-all option for the powers-that-be.

It is common knowledge that self-censorship has almost become part of journalistic and editorial culture in Malaysia. The attitude of press employees seems to be ‘grin and bear it’ so you can keep your job. In current circumstances, this culture has served to stifle and silence the clamour of public opinion objecting to current government policies.

This growing culture was seen recently in the news blackout in the mainstream media of the fuel price hike demonstrations involving large numbers of citizens including members of trade unions, non-governmental organisations and opposition political parties who spoke out. The price hike of 30 sen per litre has adversely affected a majority of low-income earners and, unavoidably, the hard core poor. Inevitably, there was police brutality against unarmed citizens, including children, at the protest. The mainstream press sealed its lips and refrained from reporting these human rights violations.

That this news embargo came in the wake of the previous crackdown on the press, particularly The Sarawak Tribune and the Guangming Daily over their publication of the religiously sensitive Danish cartoons, is no surprise. Unfortunately, the crackdown set a precedent for the government to silence the press on any other issue it deemed politically sensitive.

There is also the parallel issue of public transport for which the government promises to channel the ‘savings’ made by the withdrawal of the fuel subsidy. Complaints and the debate over the country’s shoddy public transport system began months before the fuel price rise furore. And when Putrajaya announced that RM4.4 billion in subsidies would be saved, the debate how it would be spent began to heat up. The government swiftly tried to gag it by threatening the public. Pak Lah’s statement, in no uncertain terms – that no one was to question how the government would use the RM4.4 billion – was aired on all television channels of an early evening news bulletin shortly after the announcement.

READ MORE:  Malaysia’s press freedom ranking has dropped - Why does it matter?

The public and, surprisingly, the conventional press would not be deterred. Articles concerning the issue continued to appear. Yet, when it comes to challenging oil-rich Petronas, the press buckles under government-cum-corporate pressure.

While investigative reporting is absent from Malaysian press culture, the mainstream press has, within its legally demarcated pen, managed to voice issues of public concern particularly those concerning corruption in high places. Yet, these revelations are not press-initiated revelations but those that the politically influential choose to expose or which are revealed as a result of internal jockeying within political parties.

One such incident was the ‘Approved Permits’ fiasco. The press roused itself to take notice when the  International Trade Minister burst into tears at accusations hurled at her. The public, also drawn to this spectacle, devoured reports on this issue.

But enthusiasm soon faded when the Minister’s tears dried and everything seemed all right. The engagement in corruption by the various parties involved in the issue was treated like misbehaviour among children, deserving only of a smack on the hand. All was forgiven, and the press bowed out. So the public is left to wonder what all the fuss was about. This seems to become the customary response to highlighted problems in the country. Just a storm in a teacup. No follow-up, no action.

The Malaysian dream of democracy with good governance, elimination of corruption and transparency has turned to ashes even before any of the 2004 election promises materialise. Our mainstream media, the potential tools of a democracy, have ransomed their freedom in exchange for their survival. They are little more than profiteering corporate bodies, absolved of all responsibility for being ‘economical with the truth’ by reason of government control. These conventional media have forgotten the reason for their existence. The situation is increasingly critical as suppression of information becomes the norm in our beloved Malaysia.

Why don’t you subscribe to Aliran Monthly and get it delivered to your door-step every month? It costs just RM30 annually – less than your monthly newspaper bill!  Click here to subscribe. 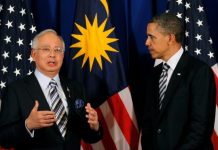 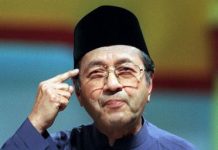