The working class would be the most affected group due to the recent unprecedented 30-sen oil hike. On the one hand, the Government has given a free hand to capitalists to exploit and squeeze the workers. Now, by reducing the oil subsidy, the government has abandoned the little responsibility it had for the working class, says S Arutchelvan.

The fuel hike has triggered a spiral of price hikes throughout the country. This is not surprising as it is everybody’s guess that the government will not be able to control the price increase of goods. The Prime Minister himself admitted, “I don’t understand why prices of goods increase?” While Abdullah Badawi ponders on why prices are going up, ordinary Malaysian workers are angry that their wages are kept low.

While the government has always kept capitalists happy, the same cannot be said about its treatment of workers. Malaysian workers have long been denied a minimum living wage, which the Malaysian Trades Union Congress (MTUC) and the Oppressed People’s Network (JERIT) have been campaigning for.

Malaysia today has one of the highest income disparities between the rich and the poor in Asia. While the government calls on the people to change their lifestyles to adapt to the increased cost of living, it is a mockery when ordinary Malaysian workers cannot even enjoy the fruits of their labour.

On the other hand, workers are continually restricted in exercising their rights and bargaining power. Workers are denied the right to strike and to get a better deal for themselves. The government has continuously denied automatic recognition of trade unions for them to conduct collective agreement negotiations. Many other laws and regulations are imposed on workers and the trade unions making the situation of the workers pathetic.

In light of this, in a scenario where the workers are squeezed every way, we fully support the stand taken by the MTUC members and its leadership in calling for workers to be given a cost of living allowance (COLA) of RM150.  We also fully support the move taken by MTUC to mobilise workers to assert these rights.

We call for all action to privatise water and hospital to be aborted immediately and for the government to be transparent and announce that it would not in future privatise these two important basic amenities. We also call for the Goods and Services Tax to be aborted for good. 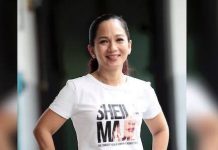 When Sheila Majid sings ‘out of tune’ 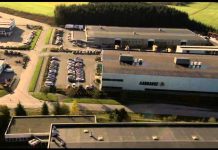